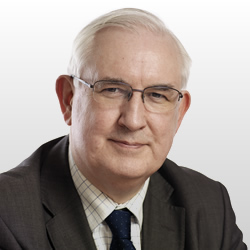 Westwater member Iain Artis, who recently joined from the Murray Stable, is standing junior counsel in Scotland for the Commissioners for HM Revenue and Customs. Representing HMRC in a tax appeal in the Upper Tribunal before Lord Glennie, Sir Fraser Morrison v the Commissioners for HM Revenue and Customs [2013] UKUT 0497 (TCC)  he succeeded in arguing that the First-tier Tribunal had erred in their approach to section 49 of the Taxation of Chargeable Gains Act 1992. The case concerned a sum of £12m paid in settlement of litigation, and legal costs of over £5m, arising out of representations made by Sir Fraser as Chairman of Morrison plc in the course of discussions leading to the sale of the company to the then Anglian Water group at the turn of the century.

The issue was whether the payments could be relieved from tax on the chargeable gains on the sale of Sir Fraser’s shares in the company on the basis that they were under s. 49 a “contingent liability in respect of a … representation made on the disposal ….”. The FTT had found that the £12m was (in part) such a contingent liability, but that the legal costs were not. HMRC appealed and Sir Fraser, represented by Julian Ghosh QC and Elizabeth Wilson of Pump Court, cross-appealed.

Lord Glennie found that to be relevant for s.49 a contingent liability had to directly affect the amount of consideration for the property sold. There had to be a sufficient nexus. The consideration received by Sir Fraser for his shares was unaffected to any extent by the £12m settlement payment. HMRC’s appeal was allowed. The question of the legal costs did not have to be decided.

The general importance of the judgment, which of course may be appealed further, lies in its approach to the construction of s. 49 (and incidentally s.48). This emphasises the role of these provisions in the overall mechanism for the computation of chargeable gains under Act, and aligns chargeable gains with the value of the consideration received on a disposal instead of a purely textual analysis which sought to apply the provisions in isolation from the underlying values.