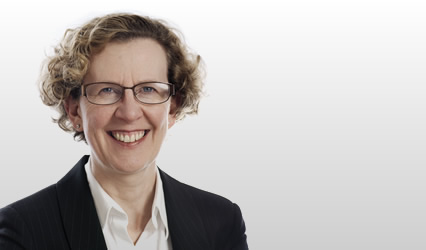 Isabella Ennis has a busy civil practice within the areas of child and family law and personal injury reparation work primarily. She has acted in high value claims for financial provision on divorce, in actions for the declarator of marriage, declaratory of nullity, cohabitation cases and in many child care cases, particularly in relation to children subject to compulsory measures of care. In this respect she has acted for both the local authority and the parents of the child subject to the compulsory measure of care. She has been involved in a volume of personal injury reparation work, resulting from breaches of health and safety legislation, common law breaches and as a consequence of professional negligence. She has acted for both individuals and institutions.

She has considerable experience of appearing in court, having conducted a great many proofs, debates, procedure rolls, appeals and reclaiming motions across the sheriff courts of Scotland, the Court of Session, (both Inner and Outer House) and in the House of Lords. In addition she has conducted several fatal accident inquiries, including on behalf of the Scottish Prison Service into the death of a female inmate within Cornton Vale Prison.  She has been involved in a number of reported cases across the spectrum of her practice including, for example:

Isabella Ennis has contributed to seminars on behalf of the Law Society of Scotland as part of its training and education programme, to the Society of Advocates in Aberdeen and the Aberdeen Bar Association, all as part of their CPD programmes. She has participated in the Faculty “Mini-Trials” initiative. She is an accredited Family Law Arbitrator and sits on the FLAGS (Family Law Arbitration Group Scotland) national committee. Isabella is a member of the Faculty Dispute Resolution Service as an approved Arbitrator in family cases.