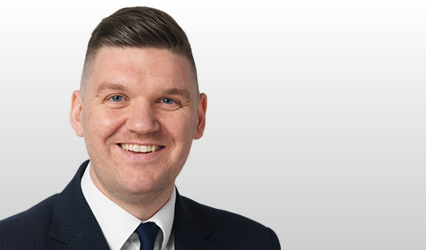 John called to the bar in 2022. Prior to that, he was a solicitor practising in child and family law.

He has a particular interest in cross border issues including the relocation of children and child abduction proceedings under the Hague Convention.

He was regularly instructed in cases involving complex issues of facts such as sexual abuse, ‘shaken baby syndrome’ and other allegations of non-accidental injuries of children. He has experience of taking evidence from vulnerable witnesses including children and victims of domestic abuse.

As a solicitor, John instructed cases involving the nobile officium and judicial reviews concerning child related issues including one which reached the Supreme Court of the United Kingdom. John also has experience of public inquiries involving rights and duties relating to children, young people and statutory bodies.

John is a tutor in Family Law (Ordinary) at the University of Edinburgh and has taught on the Child Law (Honours) course. He is a co-editor to Butterworth’s Scottish Family Law Service and regularly contributes to the W. Green Family Law Bulletin. He previously volunteered with the Scottish Child Law Centre advising children, parents and local authorities.