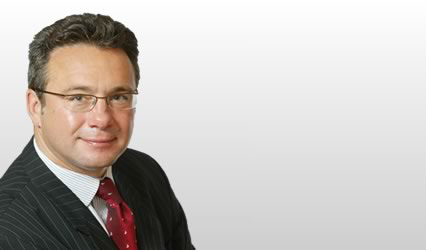 John Speir qualified and practiced as a solicitor before calling to the Bar.  He has extensive experience appearing at all levels of civil courts, including the House of Lords, and tribunals. While he is regularly instructed in employment, contract and professional and medical negligence cases, his practice focuses primarily on family law, in particular financial provision on divorce, in which he is recognised as one of the notable practitioners in Scotland.  John is vice chair of the Advocates Family Law Group and is regularly invited to speak at keynote conferences on developing areas of family law in particular cohabitation disputes and child relocation.

John is accredited as a mediator with Mediation Forum Ireland and as an arbitrator with the Family Law Arbitration Group Scotland (FLAGS). He is a member of the Faculty of Advocates Dispute Resolution Service. In 2011 John was appointed an ad hoc Advocate Depute and in that capacity undertakes prosecutions in the High Court on behalf of the Lord Advocate.

What the directories say

‘ John Speir is a first choice for solicitors who demand “strategy and innovation.”’ (2011)

‘ John Speir “has …strong client relationship skills and practicality”. Cohabitation disputes, international child abductions and complex high net worth divorces are all areas in which this experienced practitioner is adept.’ (2012)

“…he offers sound and common-sense advice to clients” and “doesn’t shirk an argument; he’s robust, and fights hard for his clients.” (2013)

‘ “An excellent all-rounder with a sensible head on him and a pleasure to work with.” “He’s a real lateral thinker; really good at bringing a different perspective on an argument, and that’s what you want from counsel – he always delivers.”’ (2014)

‘ John Speir is “able to match any of the family law silks practising in Scotland”.’ (2012)

‘ John Speir is “nothing short of excellent” in high-value financial provision and complex child-related matters.’ (2013)

Reported cases in which John has been involved include:

Editor of Butterworths’ Scottish Family Law Service in relation to: