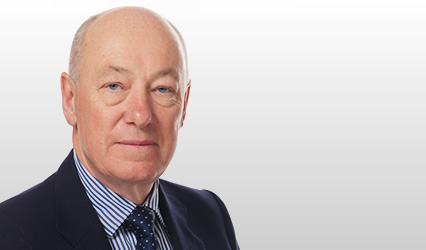 From 1985 until 1989, Nick was a litigation partner in one of Scotland’s leading commercial property firms. There he was responsible for advising some of the UK’s largest companies on their litigious business in Scotland.

Nick was called to the Bar in 1990. He was appointed as a Standing Junior Counsel to the Scottish Executive in 1997. He took silk in 2002. Nick became a Fellow of the Chartered Institute of Arbitrators (FCIArb) in 2018.

Over the years, he has built up a strong reputation as one Scotland’s leading Senior Counsel. He has in depth experience of litigation in many areas. He has particular experience and interest in construction and contract (including commercial leases) and in negligence (including personal injury and professional negligence). He is also experienced in judicial review and defamation. He has represented parties at major public inquiries.

Nick Ellis KC has been recommended in both Chambers UK and the Legal 500 for many years. In 2013 he was ranked Band 1 in Chambers UK for both commercial dispute resolution and construction. It said “Nick Ellis QC of Westwater Advocates is ‘a real star’ whose ‘softly-spoken manner is allied to a very sharp intellect’. He is regarded as a heavyweight litigator and has particular experience in commercial contracts, construction and negligence disputes.”

In the UK Legal 500 (2013 edition) Nick Ellis QC was recommended for both commercial litigation and construction. He was described as ‘as strong on his feet as he is in his written work’. In the 2011 edition they said his ‘reputation for analysing complex property and commercial disputes and provising clear and concise advice is second to none in Scotland’.