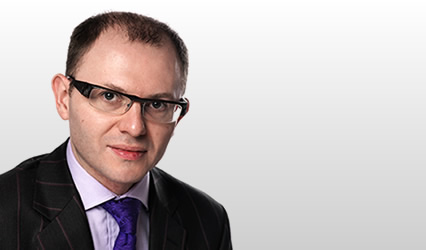 The EAT in Scotland, presided over by Lady Wise, has handed down its judgment in the appeal of Glasgow City Council v Mr Bensalem Dahhan. The point was unusual: Mr Dahhan had raised a discrimination claim against the Council in the Employment Tribunal. He had thereafter signed a settlement agreement withdrawing his claims for no consideration, and on the basis of no expenses being due to or by either party. On that basis, the Tribunal dismissed his claims. Mr Dahhan later claimed that he lacked sufficient capacity to contract at the time of the settlement agreement and wished to proceed with his claims. He sought a reconsideration (formerly a review) of the ET judgment dismissing his claims. But was the Tribunal a competent jurisdiction in which to determine the issue of Mr Dahhan’s contractual capacity?

David Hay of Westwater Advocates appeared for Mr Dahhan at both the ET and the EAT, and Glasgow City Council were likewise represented by Brian Napier QC. The Council appealed against the ET’s judgment that it had jurisdiction to consider the issue of the validity of the settlement agreement. At the EAT it was argued that whilst it was competent for the ET to disregard otherwise valid settlement agreements where they had been procured by misrepresentation or error (Industrious Ltd v Horizon Recruitment Ltd), a question of mental capacity to contract went beyond the ET’s jurisdiction as it related to the status of one of the parties.

In dismissing the appeal, Lady Wise accepted that the ET had jurisdiction to consider the question of whether there was insufficient capacity to contract as an extension of the reasoning found in Industrious Ltd. It was ‘artificial and unsound’ to draw a distinction between the classes of potential invalidity. The case was remitted back to the ET to determine the question of validity of the settlement agreement.

Sheila Westwater said: “David’s successful result in this case is a good illustration of the stable’s depth of experience in employment law, whether at first instance or on appeal to higher tribunals and courts, and whether for straightforward or, as in this case, more technical and complex cases.”