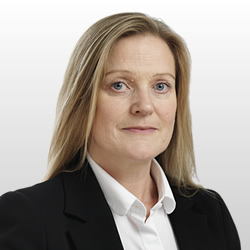 As was reported in January 2014, Kirsty Malcolm of Westwater Advocates was successful in the Sheriff court, when seeking a restricted interpretation of the regulations that apply to the apportionment of pension values on divorce. The Sheriff’s decision has now been subject to scrutiny by the Inner House following an appeal, in which John Speir, also of Westwater Advocates, challenged the interpretation that had been accepted by the Sheriff. At that hearing the respondent was once again represented by Ms Malcolm.

An Extra Division of the Inner House has now determined that the Sheriff’s decision should stand. Unusually nowadays however, the Bench was split in its view. Lord Malcolm and Sheriff Principal Abercrombie refused the appeal considering the restricted and purposive interpretation of the regulations to be correct. Lady Smith issued a lengthy dissenting judgement. The full judgement can be found on the Scottish Courts website, under Thomas McDonald v Annie McDonald [2015] CSIH 61.