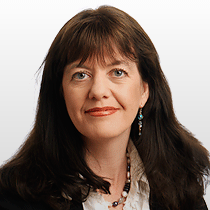 It was a case in which Midlothian Council sought a Permanence Order with authority to adopt in respect of a young girl. Lord Malcolm granted the application but the mother of the child, who had opposed the order, reclaimed to the Inner House.

A number of issues were focused in the appeal, including Human Rights arguments about the breach of the right to family life that the order would entail ( Article 8) and about issue of procedural irregularities ( Article 6) at an early stage in the case.

The Extra Division  agreed with submissions made on behalf of the Local Authority that the Lord Ordinary had been well entitled to reach the view that he did and that any procedural irregularities did not undermine the factors that pointed clearly in favour of the local authority’s case.  Balancing the competing interests it was in the interests of the child for the order with authority to adopt to be made.

This was Lady Wise’s last case in the division as Counsel before her elevation. Margaret Hodge was Lady Wise’s Junior in the appeal, having succeeded at First Instance as principal counsel.

Clich here for the judgement.