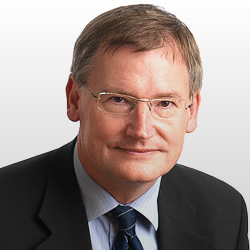 We are pleased to welcome back James Peoples QC and Gordon Lamont following their full-time involvement in the long-running Vale of Leven Hospital Inquiry, which was set up by Scottish Ministers to investigate the outbreak of the C.difficile infection at the hospital. The Inquiry began its work on 1 October 2009, closing submisions were made in September and October 2012 and a date for the closing hearing will be set in due course.

James Peoples QC gave the following summary of his experience in the Inquiry: “I have been unable for some time to accept instructions due to my full-time involvement in the Vale of Leven Inquiry. The Inquiry provided a rare opportunity to be involved in a major and important Inquiry in relation to hospital acquired infection. That involvement has now for me ended. I am now free to take on other work and very much look forward to doing so. The oral hearings at the Inquiry lasted for 126 days. The use of Live Note was an interesting experience and provided those involved in the Inquiry with a transcript of evidence as it was being given. The Inquiry looked in minute detail at approximately 64 sets of medical records, aided by expert evidence from nursing experts, eminent microbiologists, and distinguished geriatricians and general physicians. That experience has provided me, notwithstanding more than 33 years of experience of practice at the Scottish Bar in this and other fields, with a far greater understanding of the role played by nurses, doctors and microbiologists in the care of patients admitted to hospital.”