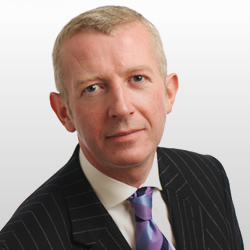 On 1 April 2013, Scotland’s controversial new policing arrangements will take effect and Scotland will have a new, unified Police Service of Scotland.  That’s when the Police and Fire Reform (Scotland) Act 2012 will come into force and the new body will replace the current eight Scottish police forces and the Scottish Crime and Drug Enforcement Agency.  Under the new law a policeman will have a right of appeal to a Police Appeals Tribunal against dismissal or demotion for misconduct or unsatisfactory performance.

Sheila Westwater this morning made the following announcement:  “I am pleased to intimate that the Lord President has appointed Westwater Advocates members Calum MacNeill QC, Douglas Fairley QC and Vinit Khurana, Advocate to be members of the panel of persons who may be appointed to the Police Appeals Tribunal created by the 2012 Act.  The Westwater stable has a reputation of excellence in professional disciplinary matters and these recent appointments by the Lord President confirm the view, long held by the profession in Scotland, of the integrity and outstanding legal abilities of Calum, Douglas and Vinit.”  Stable Director, Nick Ellis QC added, “Once again, the Westwater stable is at the centre of the latest developments in Scottish public life.”