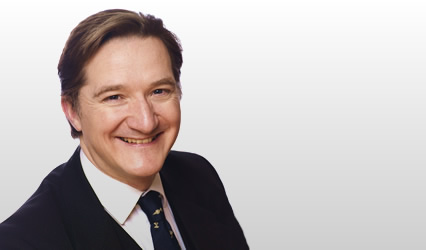 A woman who was unfairly sacked from her job has been given renewed hope of being re-employed, after obtaining the “invaluable” assistance of Douglas Fairley QC through the Faculty’s Free Legal Services Unit.

Ochuko Dafiaghor represented herself before an Employment Tribunal which held that her dismissal as manager of a residential home was unfair. The tribunal decided that Ms Dafiaghor was entitled to compensation, but it refused her request for a re-employment order. However, an order was essential because, as a Nigerian national, she requires a work visa to work in the UK and her visa had been revoked as a consequence of her dismissal. Ms Dafiaghor tried to fight the decision but was told by the Employment Appeal Tribunal that her appeal had no reasonable prospects.

Through the Edinburgh University Free Legal Advice Centre, she was put in touch with the Faculty’s pro bono service, the FLSU, and Douglas Fairley QC took on her case. Douglas appeared for Ms Dafiaghor before the President of the EAT, Mrs Justice Simler, who allowed the appeal and ruled that a differently-constituted Employment Tribunal should reconsider the issue of re-employment.

Douglas said “I’m delighted that the FLSU and I were able to help Ms Dafiaghor in securing effective access to justice.”

Ms Dafiaghor said “I am profoundly grateful to Mr Douglas Fairley and the FLSU for providing me with invaluable help in challenging the ET judgment, without which I would have been deprived of justice.”

Through referrals from accredited advice agencies, the FLSU can step in to help in deserving cases when no form of funding is available. Click here for further details.