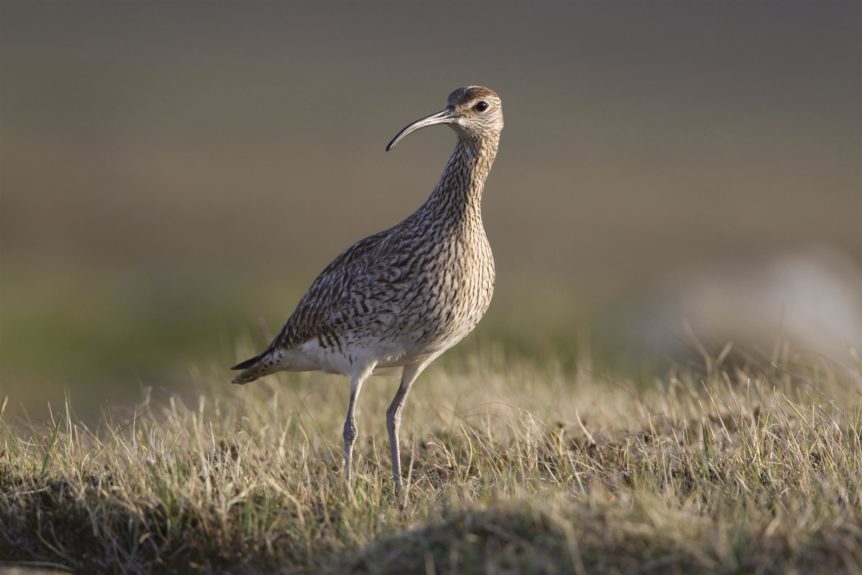 Sir Crispin Agnew of Lochnaw Bt QC and Donald Cameron will be at the Supreme Court on Thursday 18th December to represent Sustainable Shetland in their challenge to the Scottish Ministers grant of a consent for a 103 turbine wind farm on mainland Shetland.

Shetland hosts 290 pairs of whimbrel or 95% of the UK population of this bird which is protected under Articles 4(1) and 4(2) of the Wild birds Directive as a regularly occurring migratory species.

The Judicial Review was successful before Lady Clark of Calton in the outer house on the basis that the Scottish Ministers had not properly taken account of the birds directive. On appeal, the 1st Division the court upheld the Scottish Ministers decision. Sustainable Shetland appealed the decision to the Supreme Court.

Crispin said “This is a very important case as to how the Wild Birds Directive should be applied in a wind farm decision making process.”

With thanks to the RSPB  for the photograph of the whimbrel [Mark Hamblin (rspb-images.com), which was actually taken on Shetland. The whimbrel is categorised ‘Red Status’ by the RSPB which means it is globally threatened.