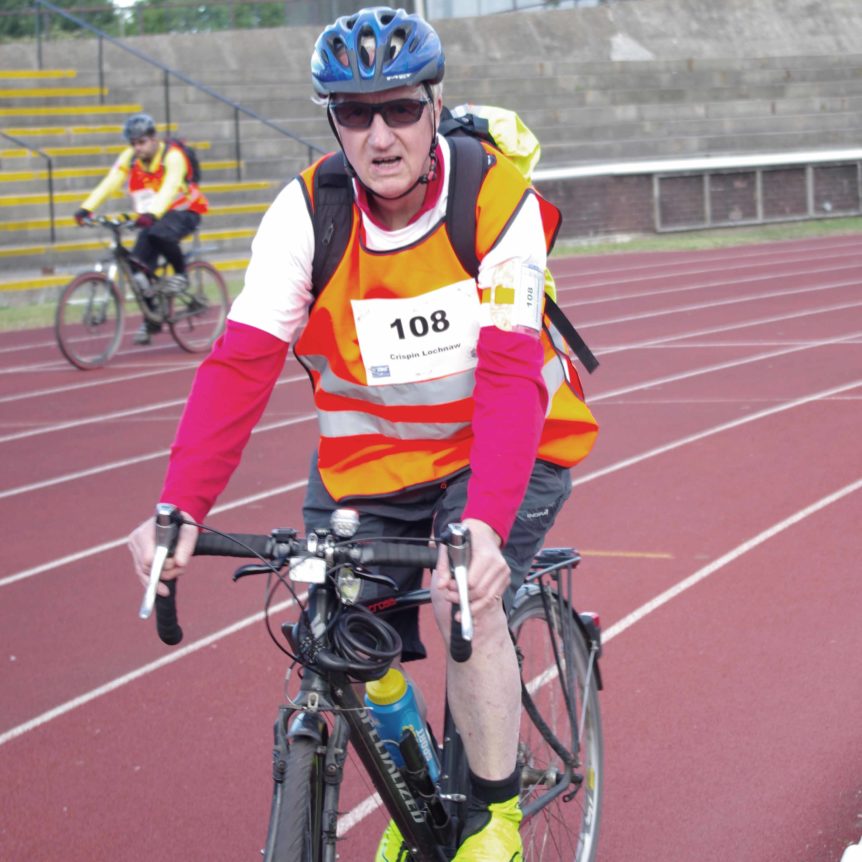 Crispin completed the Night Ride on Saturday in a very impressive 3 hours 55 minutes.

The photograph was taken at the start of the race and shortly afterwards Crispin was cycling around Arthur’s Seat in the lovely evening sunshine. From there the riders headed to Joppa, then along the sea front to Cramond and from there along the NCR 1 over the Forth Road bridge and back. Then the sky clouded over.

As Crispin travelled through Newbridge it began to rain, but fortunately not so hard as to warrant a stop to put on a waterproof. Which is just as well, because when Crispin arrived back at Meadowbank, albeit a bit damp, he realised he had beaten his target time of 4 hours by a full 5 minutes!

He then cycled home!

So far Crispin has raised a staggering £2,709.76 for Dyslexia Scotland .

Crispin said “It was most enjoyable evening and I would like to say a big thank you to everyone who sponsored me and to Westwater for supporting Dyslexia Scotland.”

Well done Crispin from everyone at the stable!