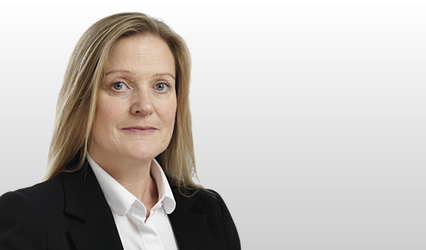 A recent decision at sheriff court level determines for the first time the correct interpretation of regulation 4 of the Divorce etc. (Pensions) (Scotland) Regulations 2000. Those regulations set out, inter alia, the basis upon which pensions of differing types are to be valued for the purposes of divorce proceedings, and a formula which is to be applied in circumstances where that valuation has to be apportioned to reflect the fact the pension may have been in existence both prior to and after the marriage.

For many years there has been a debate over the correct approach to the interpretation of the apportionment formula.  That requires the value of the pension at the date the parties separate or commence divorce proceedings to be adjusted having regard to (i) the period of membership within the pension scheme from the date of its commencement to the “relevant date” (as defined in the 1985 Act), known in the formula as “C” and (ii) the period of “C” which falls between the date of marriage and the “relevant date”, known in the formula as “B”.  No definition is given in the regulation of “period of membership”, “membership” or “member”, albeit the regulations as a whole do recognise that there are differing types of membership.

In the case of TCM v AFMM, Kirsty Malcolm of Westwater Advocates, was instructed to represent the interests of the husband and pursuer in divorce proceedings where the primary issue was the correct approach to be taken to the apportionment of his pension. Parties were agreed that the pension had a value of £172,748.38 as at the relevant date. The dispute related to the correct interpretation of the term “period of membership” in regulation 4, and whether that should be given a literal interpretation or a purposive, and therefore more limited, interpretation. Applying the apportionment formula on a literal basis resulted in the value of the pension for divorce purposes being £138,734, whilst a purposive approach resulted in the value being £10,002.

The pursuer’s proposition was that a purposive approach was the correct one; that “period of membership” could only be interpreted as including “active membership” and periods of deferred or pensioner membership had to be excluded. That gave recognition to the fact that in regulation 4 the definition of “B” in the formula permits that “B” can be a zero, whereas a literal interpretation rendered that an impossible scenario. The purposive approach also gave effect to the intentions of the primary legislation in respect of which the regulations were made, by only taking into account the period over which actual contributions were being made or benefits being accrued, during the marriage. The pursuer in this case had only been an active member in his pension for four months after he married; albeit his marriage lasted a further 25 years, the bulk of its value had clearly accrued during his employment prior to marriage. He was a pensioner member right up to the point he separated, but he had added no value to the pension. Sheriff Holligan, at Edinburgh Sheriff Court upheld the pursuer’s position that “period of membership” in regulation 4 should be interpreted as “active membership”, and therefore the value of the pension for divorce purposes was £10,002.

Kirsty Malcolm said  “Although this is a decision at sheriff court level it gives judicial confirmation of the approach to interpretation that has been held by many family law practitioners to be the correct one, for many years.  Pensions are often very valuable assets to be accounted for on divorce, and this case will hopefully assist in ensuring that only that value which is properly attributable to the contributions or income of the pension holder during the marriage is taken into account.”