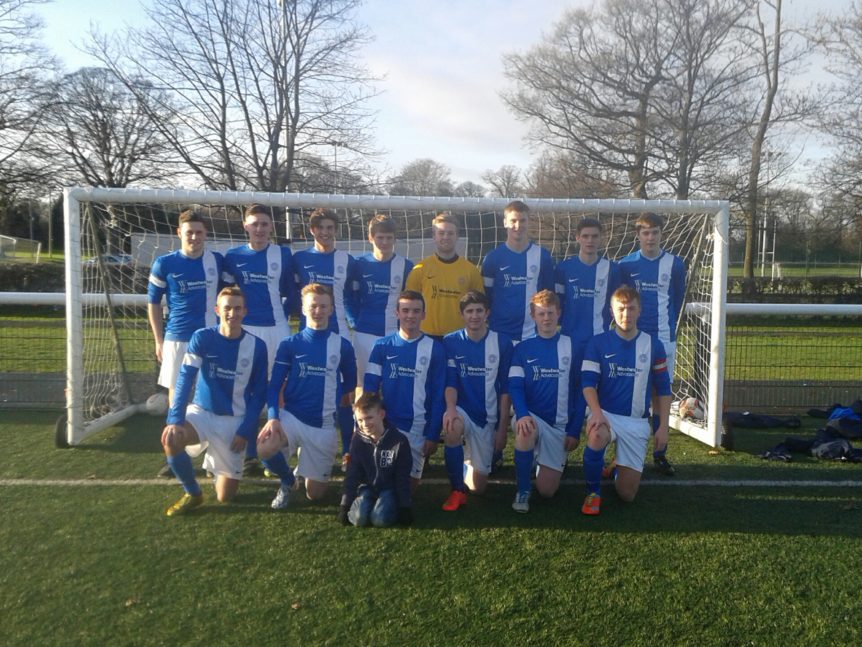 Musselburgh Windsor under-19s squad, the team supported by Westwater Advocates, has reached the final of the David Murray Cup, the under-19s competition of the South East Region Youth Football Association. The talented team having seen off competitors in three preliminary rounds, the semi-final against Tynecastle FC produced ten goals but at full time the honours were equally divided. The place in the final was to be decided in a tense penalty shoot-out. The nerve of the Musselburgh lads held and by 4 penalties to Tynecastle’s 3, they won a place in the final against either Hillfield Swifts or Loanhead MYFC.

In a busy season, the team is sitting mid-table in the South East Region Youth Football League Division 1 and are still involved in 5 local cups.

Musselburgh Windsor Football Club was established in 1953 and is one of the oldest youth football clubs in Scotland. Based at the Pinkie playing fields in Musselburgh, East Lothian, they provide football coaching and matches for over 400 people, boys, girls and adults, on a weekly basis. The club is run by volunteers who give up their own time to coach, educate and look after the players with a view to their enjoying the whole experience of playing football in a friendly and not too competitive atmosphere. Westwater Advocates provided financial support this season to provide a smart new strip.

The club’s progress can be followed in the Edinburgh Evening News on Saturdays or by visiting the SERYFA website: www.seryfa-online.info.