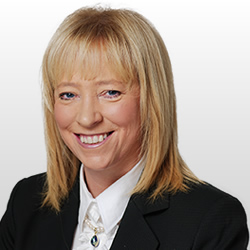 Gillian has been a member of NSCU since its inception in June 2009. She became deputy head to Derek Ogg QC in the following year and was personally recommended for her new position by her predecessor.

Gillian Wade said “I and my specialist team of prosecutors will continue to build on Derek Ogg’s groundbreaking work in this area.

“We are committed to investigating, preparing and prosecuting these crimes fairly, sensitively and professionally and will work towards improving support for the victims whose evidence is so crucial in these cases.

“Our continuing challenge will be to innovate ways to find and preserve the incriminating evidence that will convince juries and provide safe convictions in the way that Scotland deserves.”