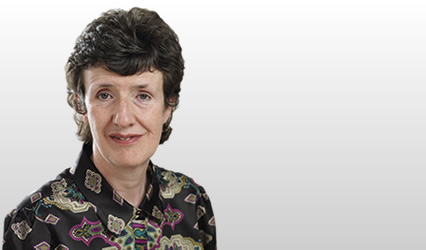 Today Clerk Sheila Westwater celebrates 25 years with the Faculty of Advocates. Sheila joined as a deputy for two clerks, Christine Ferguson and Alan Robertson, on 1 September 1986.

In January 1991 Sheila became only the second female clerk to have her own stable and in keeping with tradition the stable took her name. Lord McGhie and Lady Paton were crucial to the stable’s formation. Both are now sitting Judges, Lord McGhie is President of the Land’s Tribunal for Scotland and Chairman of the Scottish Land Court and Lady Paton is a Senator of the Court of Session.

Westwater Advocates swiftly established itself as a stable of multi-disciplinary excellence. Even in its infancy the stable attracted ambitious and dedicated advocates practicing in a wide range of disciplines. Top silks Morag Wise QC, Calum MacNeill QC and David Stephenson QC have all been with the stable since they called to the bar. In addition the stable has produced nine Sheriffs and one successful crime writer!

Sheila has been assisted by excellent and long-serving deputies. Julia McGuire is now a partner at Pinsent Masons; Christina Ballantyne (deputy from 2001) who continues to be an invaluable member of the team and Gavin Herd (deputy from 2002 until January 2011) who is now an Advocates’ Clerk.

Christina Ballantyne said “This is a wonderful day for Sheila and for the stable as we count down to the 21st Anniversary of Westwater Advocates in January 2012. It is a remarkable achievement.”

The newest member of the clerking team Jane Morrison said “It has been a pleasure to be welcomed into this long-established yet still dynamic team. I hope I can play a part in the stable’s continued growth for many years to come.”

Currently the stable has 48 members and continues to thrive.