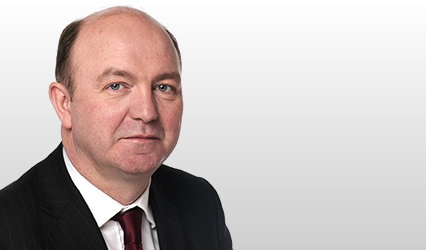 Ken McGuire is dual-qualified in Scots and English law. Prior to being called to the Bar in Scotland, Ken was a lecturer in the Department of Law at the London School of Economics and he also spent two years working at Maclay Murray & Spens LLP in Glasgow. Ken is a tenant at 42 Bedford Row Chambers, London.

Ken appears in employment tribunals throughout Scotland (and the UK) and is also regularly instructed to appear in the Employment Appeal Tribunal.  He covers all areas of employment law (including discrimination, industrial relations, equal pay and TUPE) and has been involved in many lengthy and complex cases.  Recently Ken appeared in the inner house of the Court of Session in a successful appeal against a decision of the Employment Appeal Tribunal (Andrew Sneddon v Carr-Gomm Scotland Limited (2012) and in the EAT in the leading TUPE case of Argyll Coastal Services Ltd v Stirling & Others (2012) and recently successfully represented a large local authority in Scotland in a complex disability discrimination claim.  Ken has appeared in the Court of Session in cases involving interim interdict proceedings relating to proposed industrial action.  Ken also advises on commercial disputes arising out of employment and partnership relationships involving allegations of negligence and the construction of contracts (for example, bonus claims).

Alongside his practice in employment law, Ken is also instructed in Health and Safety and Regulatory matters.  Ken has advised on issues relating to the Working Time Regulations 1998 and employer’s liability under the Health and Safety at Work Act 1974.

Ken has developed a wide-ranging public law practice.  He has been appointed to the preferred list of counsel for the Equality and Human Rights Commission and frequently advises on issues relating to the Human Rights Act 1998 and the Equality Act 2010.  He conducted over a dozen judicial reviews and has appeared successfully in both the inner and outer houses of the Court of Session in public law cases.  Ken has also been instructed to advise on matters concerning the Public Procurement (Scotland) Regulations and is developing a niche practice in this area.

For further information relating to Ken or the cases in which he has been involved please speak to his clerk.