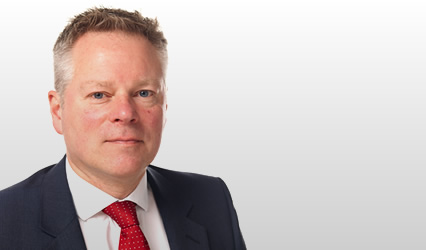 Last year, an Employment Tribunal ruled that Kirsty Ure, 35, had been unfairly constructively dismissed from her post as general manager of an equestrian centre, and ordered her former employer to pay her £5,391.

Her former employer challenged the decision at the Employment Appeal Tribunal, and Strathclyde University Law Clinic, which had supported Ms Ure’s case, arranged for her to be represented by Westwater Advocate Colin Edward through the Faculty’s Free Legal Services Unit (FLSU).

A hearing was held via video conferencing and the EAT dismissed the appeal.

Ms Ure said: “I was delighted when the FLSU offered to represent me. Colin Edward did an absolutely stellar job in securing my pay out. I can’t thank Mr Edward and the FLSU, as well as Strathclyde Law Clinic that represented me at the original tribunal, enough. They provided an incredible service in securing justice in my case.”

Colin said “There is a long tradition of counsel in Scotland providing services free of charge to the public where other representation cannot be obtained. That tradition continues today through the FLSU. Representation is particularly important in cases involving complex areas of law, ensuring that those involved have access to justice and an equality of arms.

“The ET found that the claimant had resigned because of her employer’s unreasonable conduct and that therefore she had been constructively dismissed. The case was protracted, and the employer’s appeal was against two separate judgments of the employment tribunal. The legal grounds for the appeal were not straightforward and it’s the sort of situation where an unrepresented party will probably have real difficulty in knowing how to respond to the appeal.”

The FLSU has a panel of counsel who provide their services free of charge in cases which are referred by accredited advice agencies and which meet qualifying criteria.

Westwater Advocates celebrates Sheila’s 35th Anniversary. Sheila Westwater has been a clerk since 1 September 1986! She joined FSL as deputy clerk and became a clerk in 1991. Ever since then the Faculty has had a “Westwater” stable. Sheila is now Faculty’s longest serving clerk.