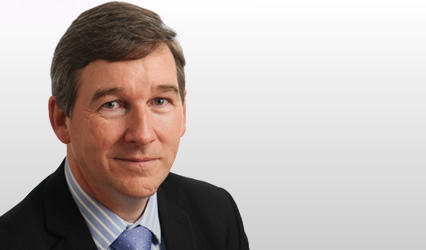 A permanence order without authority to adopt where contact was reduced from weekly to bi-annually and upheld by the Sheriff Appeal Court.

This was an appeal against the making of an ancillary order in respect of contact in a Permanence Order without authority to adopt at Edinburgh Sheriff Court on 28th March 2022. The Sheriff Appeal Court heard the appeal on 18th August 2022, issued its judgement on 21st December 2022  and published it on the Scottish Courts and Tribunal Service Website on 10th January 2023. Ancillary orders were made by the sheriff in terms of s.82 of the Adoption and Children’s (Scotland) Act 2007 (the 2007 Act) reducing the parents and siblings contact with the child from fortnightly face-to-face-contact and fortnightly video contact to bi-annual supervised contact with the parents, and the siblings to have contact ‘at the discretion of the social work department’. The appeal was taken by both parents and one of the siblings. On 21st December 2022 the appeal was refused.

This is an extremely important decision as it re-affirms the decision of the Inner House in the case East Lothian Council Petitioners (2012 Fam LR 7) that when it comes to a court making a decision about contact, there is no ‘no harm’ test, only the welfare test. The appellants argued as a first ground of appeal that the sheriff ‘had erroneously based his decision on an irrelevant matter by applying to a permanence order a consideration relevant to an adoption case by starting from a presumption against contact.’(paragraph 25). The Appeal Court referred to the East Lothian Council, petitioners case and to paragraph 49 which is in the following terms:

“Regarding the matter of contact, first, we note that at its highest, the submission for the appellants was that there was no evidence of (the child) having come to harm from there being ongoing contact. That however, is not the test. The issue was whether or not ongoing contact would safeguard and promote (the child’s) welfare.”

At paragraph 27 of their Judgement they observed:

“In our view this passage clearly reaffirms that the relevant test to be applied in relation to any question of parental continuing contact after the making of a permanence order is that of the welfare of the child.”

The case is also very important because of the discussion about the relationship between permanence orders, adoption orders and the issue of contact. The Appeal Court rejected the argument that ‘the sheriff’s starting point was a  presumption against contact derived from reference to paras (36) of AB and CD v LM (2019) SAC (Civ) 19 an adoption case. The court said at paragraph (29) “We do not agree with that interpretation. The expression “In the normal course there will be no such contact” does not necessarily imply that there is a presumption against contact. It may, as counsel for the responded suggested, simply be a statement to the effect that contact orders are rare in adoption cases.” The court was satisfied the sheriff had applied the welfare test when he decided to make such a significant reduction in contact between the child and the parents and his siblings in terms of s.84(4) of the 2007 Act (paragraph 31). The court went on to make clear that ‘the provisions of the 2007 Act which relate to ancillary orders contain no presumption against birth-family contact’ (paragraph 33).

The court also decided following submission on Article 8 of the European Court of Human Rights (ECHR) and the decision in Strand Loben v Norway, Application No. 37283/13, (2020) 70 E.H.R.R. 14 that there had been no breach of the appellants’ Article 8 rights (paragraph 42).